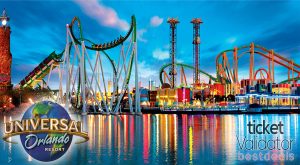 Island of Adventure Preview Center is opened in 1997 in the month of May as the replacement of the Screen Test Home Video Adventure. Throughout this time there are lots of new attractions that are being built and operated, including Woody Woodpecker’s KidZone (1998), Men in Black and Animal Actors formerly known as Animal Planet Live. Island of Adventure is opened to the public in May 28, 1999 where it features Six (6) theme island including Seuss Landing. The Six (6) theme island are Lost Continent, Jurassic Park, Toon Lagoon, and Marvel Super Hero Island.

Thereafter, there are more theme park are open and operated as their expansions and more attraction on the Florida. They held different events such as Halloween Horror Nights, Rock the Universe, Grad Bash and Gradventure, Macy’s Holiday Parade, Mardi Gras and Celebration of Harry Potter.