UCF Knights had known when one of their coach George O’Leary make a record game history since the Knights establish as the representative of the University of Central Florida in a Football game. 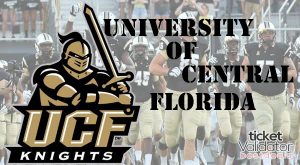 UCF Knights Football team start their season in 1979 as the representative of The University of Central Florida in the American Sports. The Knights compete in different division such as Football Bowl Subdivision (FBS) and American Athletic Conference (The American). The UCF first fielded team in the fall of 1979 NCAA Division III program and made the playoffs in 1990 and 1993. Knights was picked as the No. 1 preseason team to start the 1994 season.

UCF has already eight (8) head coaches since they organized. The two (2) coaches led the Knights to the postseason: Gene McDowell and George O’Leary. Only O’Leary win a division or conference championship who was the head coach during 2004-2015. UCF currently head coach is Scott Frost who are in one (1) year of leading the team. Frost led the team to 6-6 regular season record wins over South Carolina State, FIU, East Carolina, Connecticut, Tulane and Cincinnati. UCF loss to Arkansas State in 2016 Cure Bowl in the end of the season.

Knights have played 400 games in their 34 seasons. As of the 2015 season, UCF has already 225 official victories. Four (4) won in Division Championship and Four (4) Conference Championship. The Knights have made seven (7) appearances in postseason in FBS including the BCS Bowl Game which they win. Knights main rival are the East Carolina Pirates and South Florida Bulls.

UCF Knights played their all home games at the Citrus Bowl in downtown in Orlando. UCF is the primary tenant of the Citrus Bowl for nearly three (3) decades. In 2005, Orlando Officials was dissatisfaction with the state aging facility because of the minimal revenue receives from the football games. The Stadium can occupy 70,000 capacities and the average attendance 10,000 – 15,000 people per game. The Stadium was too large for the Knights so they relocate to the Spectrum Stadium in 2007 up to present.